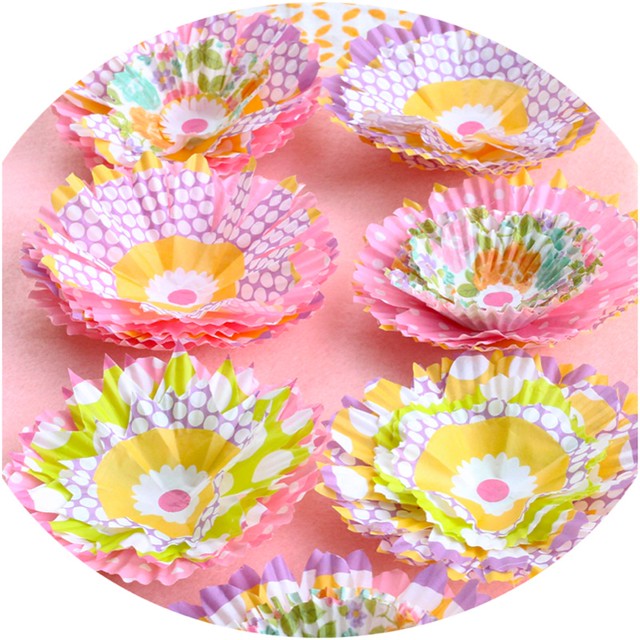 Knowing when to stop is something I’ve always taken to heart. I used to tell my boys when they got a bit crazy and couldn’t behave, “You just don’t know when to stop.”

And that’s exactly what I should have told myself when I started making these paper flowers. I made one, loved it so much that I made a few more and then a few more.

They pretty much took over the kitchen counters and then my desk.

Last year, toward the end of the summer, I was browsing at one of my favorite cooking gadgets store near my house when I found at the back of the store: a clearance shelf packed with spring-colored cupcake liners. There were pink ones and flowery ones, as well as liners in purple and light green.

I had to buy them because they were practically giving them away. At first, I thought I would bake a lot of cupcakes to fill them, but I decided that was a bad idea. The best way to use these cupcake liners was to make flowers, put them on boxes filled  with goodies, and give them away to make a bunch of people happy. Yes, happy. Because that’s how I feel every time I take a look at these beautiful paper flowers.

To make them you’ll need: 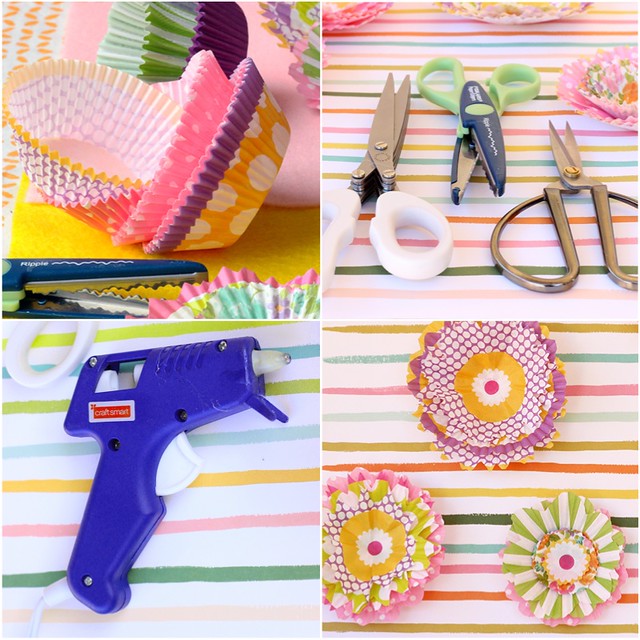 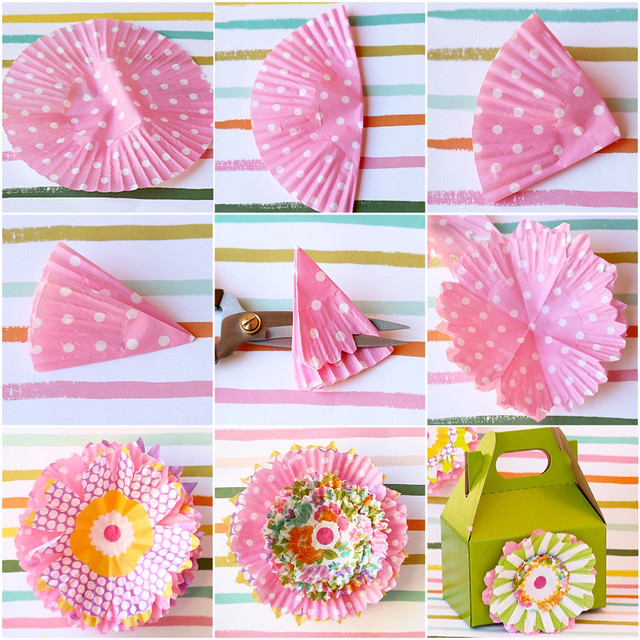 Flatten a few cupcakes liners and fold into quarters.  (you can also fold them three to four times).  Cut along the edges in round shape or pointy shapes, go crazy… that’s okay.  Keep in mind that there’s really no rule as to how to cut them.  Once you unfold the liners you’ll see the shape of your flowers. 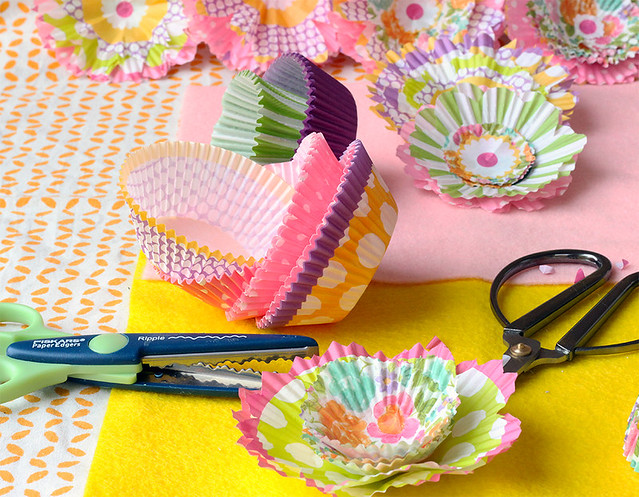 Gather the trimmed liners for each flower you’ll need six to eight liners, depending on how full you want your flower.   To assemble the flowers layer the liners one by one and glue the center.   You can use a smaller liners for the centers.  Fluff them bit and that’s it.

Here are the many ways you can use these beautiful flowers. 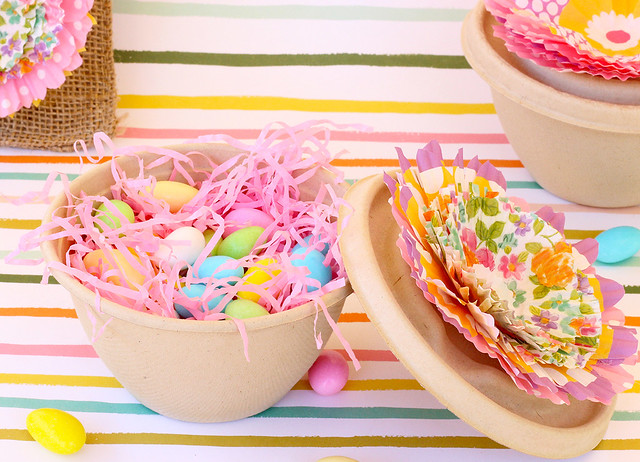 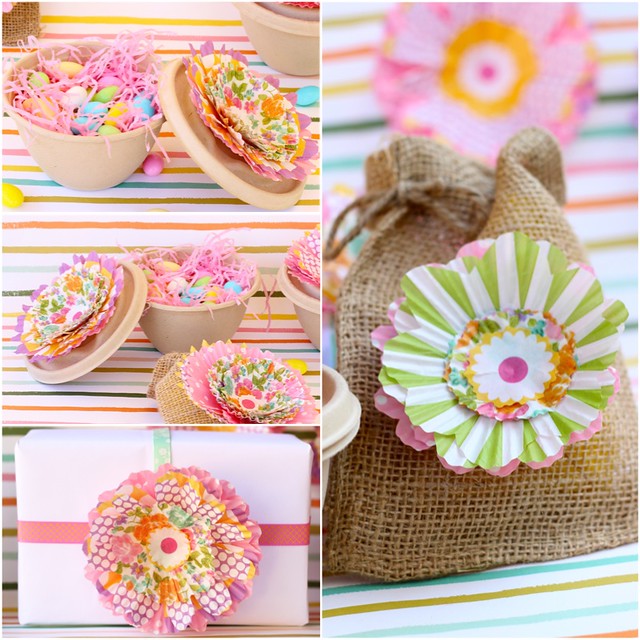 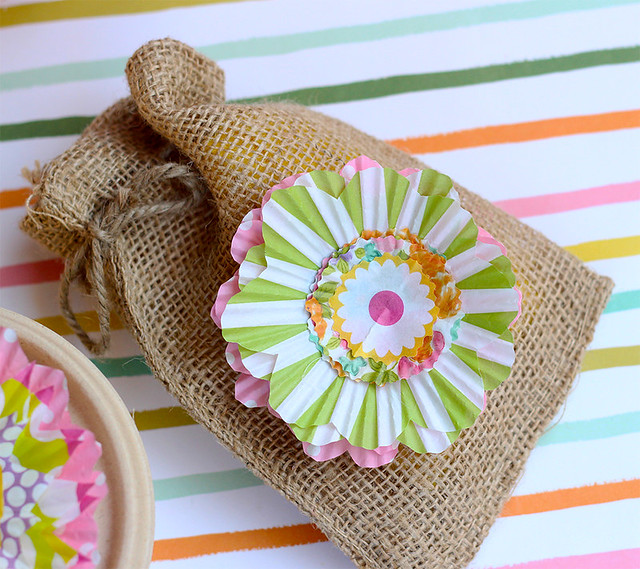