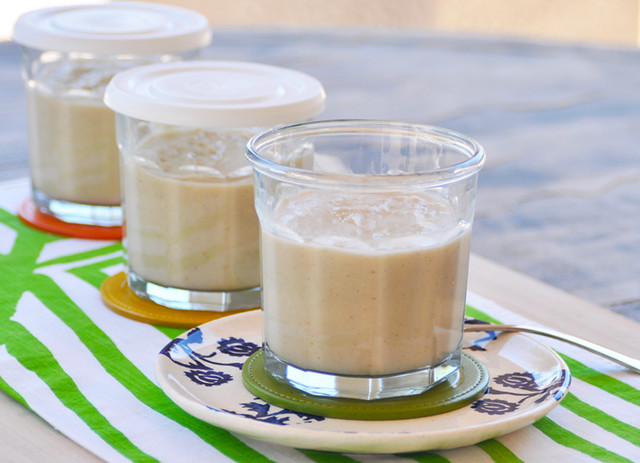 I think this dessert is the reason I love sweets so much. It was one of my favorites when I was little.

Of all the recipes I’ve tried through the years, this one seems to come closest to the taste I remember. If you like corn, creamed corn, or pretty much anything with corn, then I think you will like this recipe just as much as I do. It’s almost like having rice pudding but instead of rice, you find yourself eating a delicious sweet corn dessert.

Scrape cobs with a knife over a bowl to extract “milk.” Blend corn and its milk with remaining ingredients and a pinch of salt in a blender until smooth. Force through a sieve into a heavy medium saucepan, pressing hard on and then discarding solids.

Sprinkle with cinnamon before serving.

Pudding can be chilled, covered after 1 hour, up to 3 days. It will continue to set as it chills.